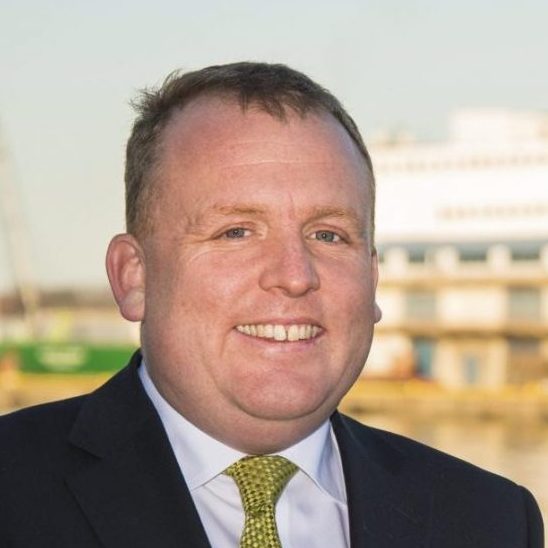 Geir Bjørkeli brings 20 years experience in marine systems and executive positions with Huisman offshore construction equipment solutions, Ulstein ship designer and shipbuilder, and Rolls-Royce marine and merchant vessel divisions based in Korea and Japan. He is now based in Bergen, Norway. Geir is a mechanical engineer by training from Western Norway University of Applied Science, and holds an MBA in Shipping, Offshore and Finance at BI Norwegian School of Management and Nanyang Technical University, Singapore. 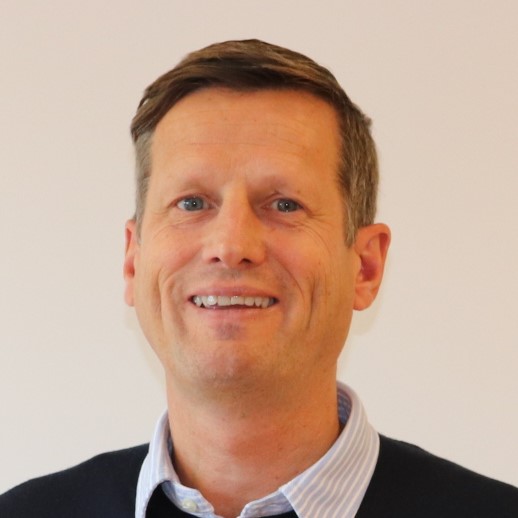 Halvard Hauso has been with Corvus since 2015 and has been instrumental in leading the company’s sales growth worldwide in both marine and land applications. Before joining Corvus, Halvard held senior management and technical roles at Rolls-Royce Marine, Ulstein and ABB in Norway and Singapore. He was a trained mechanical apprentice prior to completing a degree in Mechanical Engineering from Heriot-Watt University in Scotland and a Business Finance degree from BI Norwegian School of Management. 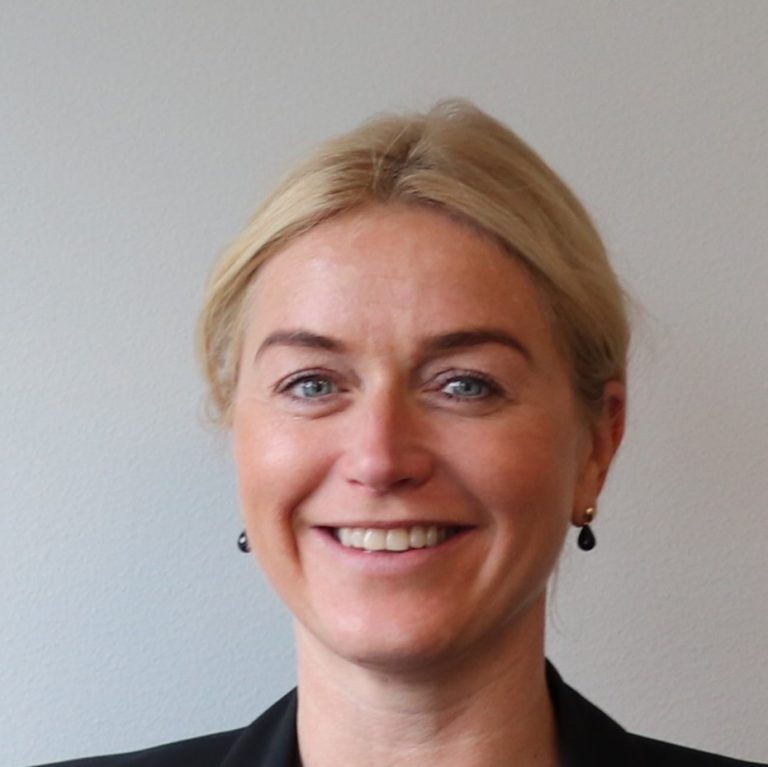 Mette Rokne Hanestad joined Corvus Energy October 1, 2018. Mette is coming from the position of finance manager at Avance Gas, a VLGC ship owning company. Prior to joining Avance Gas, she worked for nine years as an auditor at EY where she worked mainly with large Norwegian and international companies. Mette has a four-year degree (Siviløkonom) from the Norwegian School of Economics (NHH), a Master degree in Accounting and Auditing (MRR) from the BI Norwegian School of Management and is a State Authorized Public Accountant in Norway. 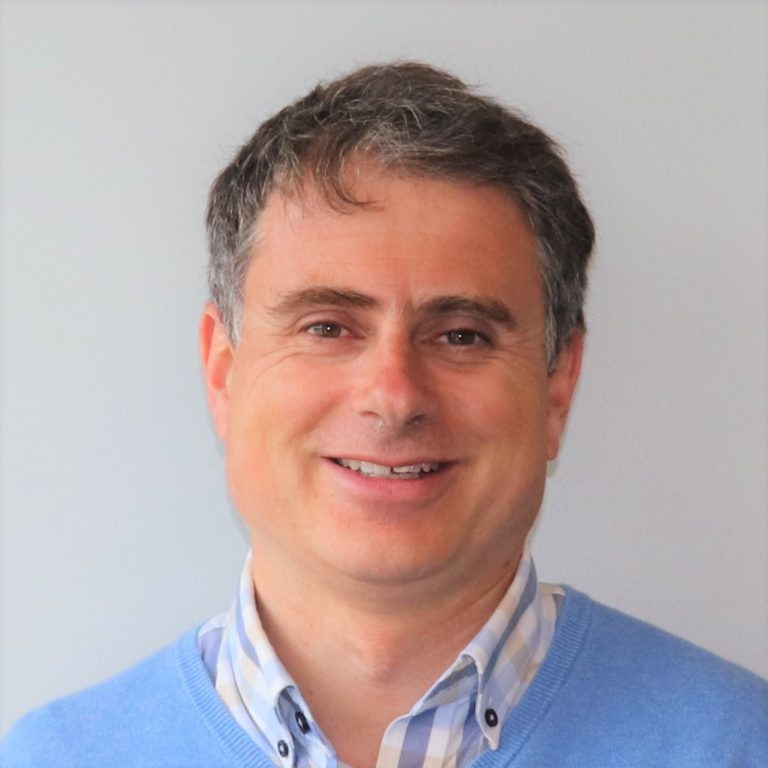 Lars Ole Valøen obtained his Master’s degree in 1995 and his Doctoral degree from the Norwegian University of Science and Technology in 2000. He joined E-One Moli Energy, Vancouver, Canada in 2002. At that time the only volume manufacturer of Li-ion battery cells in North America. Next stop was joining Miljøbil Grenland in 2007 as CTO to take up the technical lead for the Tata Indica EV battery system development. In 2012 he was part of the team establishing Grenland Energy, a company that developed and manufactured maritime & subsea battery solutions. Valøen held the CTO position until the 2019 acquisition of Grenland Energy by Corvus Energy in 2019. Following the aquisition, he took on the CTO role in Corvus Energy. 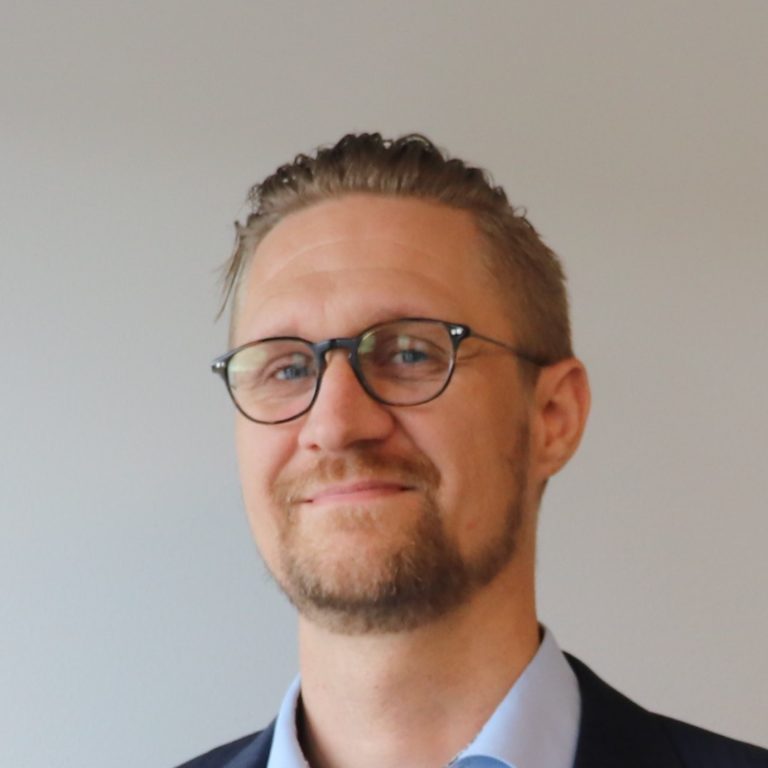 Gisle Frydenlund will be responsible for establishing the Norwegian factory, along with the Company’s new ERP systems. Gisle joins from Beerenberg Corp., a service company in the oil & gas sector, where he served as EVP Major Projects & Added Services. Prior to joining Beerenberg he worked as Department Manager in Imenco and as Assistant Production Manager at Frank Mohn Fusa. Gisle holds a Masters in Industrial Economics from the University of Stavanger and a Bachelors in Production Technology from Bergen University College. 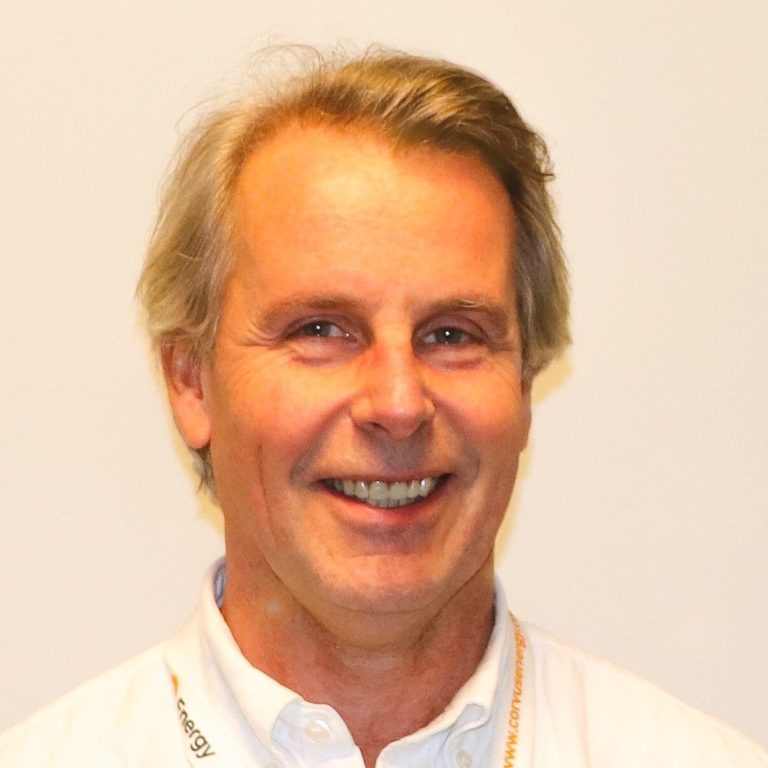 Henning Dahl joined Corvus Energy on October 1, 2019. Henning has been a management consultant for more than 15 years, specializing in business innovation, business models, digital strategies, change management and brand management. Prior to joining Corvus Energy, Henning was a senior consultant and manager at Colours and Knowit in Bergen, focusing on Ocean industries. Henning has a four-year degree (Siviløkonom) from BI Norwegian School of Management and a Master's degree in Economic Psychology from the London School of Economics (LSE).

Ronald Hansen joined Corvus in 2016 and brings extensive project management and operational experience from his years in large offshore oil & gas and marine industry projects, fleet management, and marine engine maintenance. At Corvus, Ronald is responsible for consultancy on our solutions, safety, and integration towards shipowners, shipbuilders and design companies Prior to joining Corvus, Ronald held senior project management roles with Aibel, Bergen Group, and Dowell Schlumberger, and has managed fleets of tankers, bulk and ro-ro vessels. Ronald is accredited in diesel mechanics and maritime engineering, and holds a Master of Management from BI Norwegian Business School. 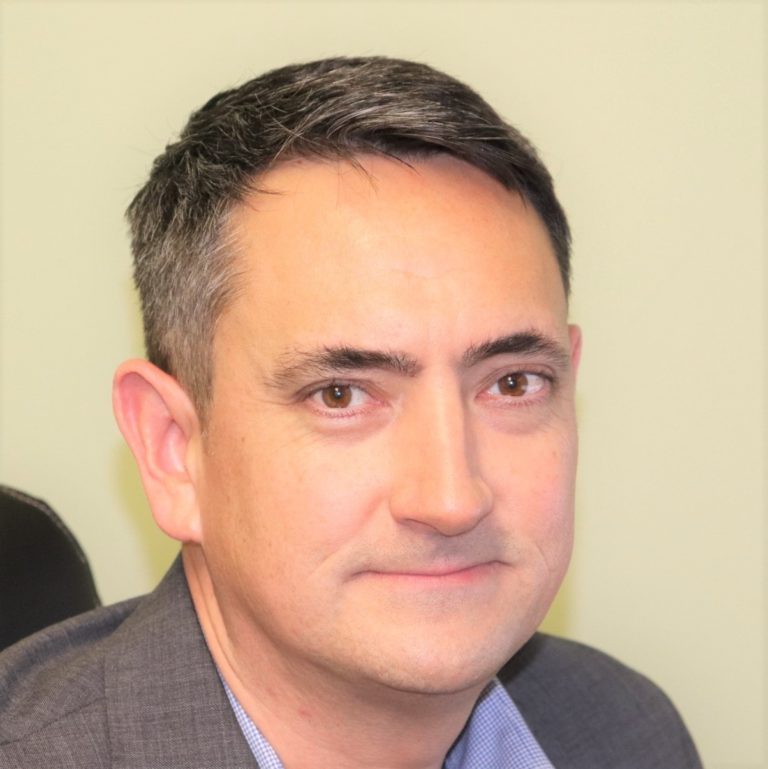 Since joining Corvus in 2011, Sean Puchalski has been instrumental to the company’s growth and dominant market position in the energy storage industry. Over the years, he has shaped the strategy for Corvus’ product introductions and market development activities and has been significantly involved in fundraising efforts. Prior to joining Corvus, Sean served as VP Corporate Development and Subsidiary President of 4Refuel LP, an innovative fleet fuel efficiency company, leading to its sale to private equity in 2010. Early in his career, Sean worked in management consulting and venture capital. He holds a Bachelor of Science, a Bachelor of Technology and an MBA in Strategy from the University of British Columbia and Duke University. 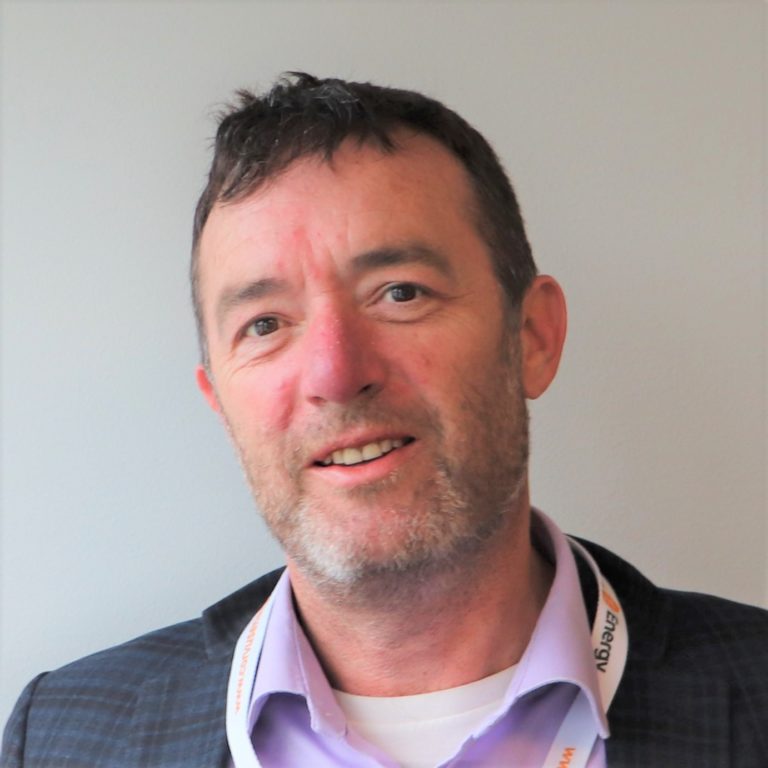 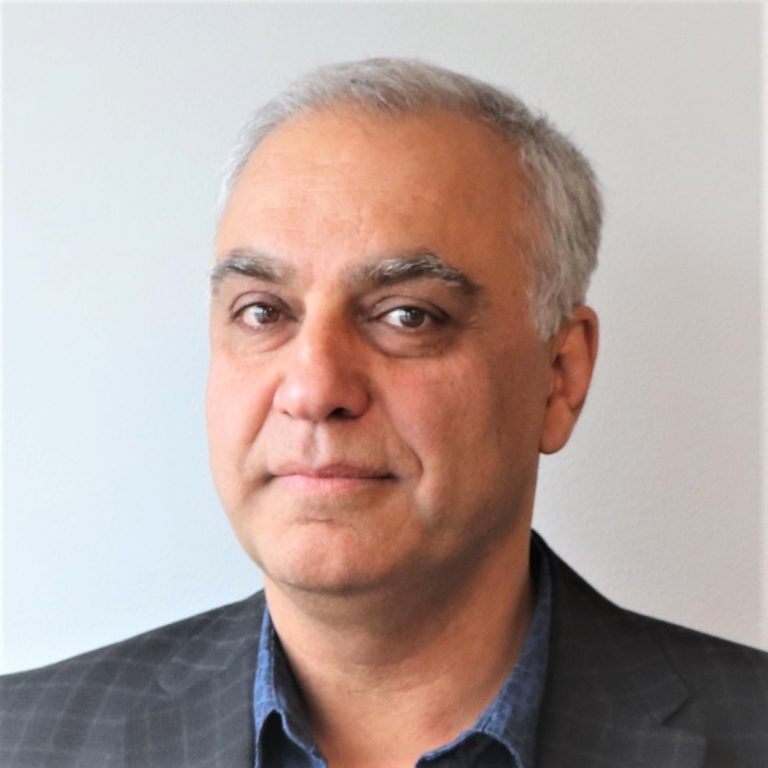 Abbas Nouri Zenouz is a seasoned professional in Quality, Health and Safety and Environmental management systems. He is responsible for maintaining and improving our ISO 9001 Quality Management System, ISO 14001 Environmental Management System, and Health & Safety Management Systems equivalent to ISO 18001 standard, promoting continuous improvement and supply chain collaboration. He brings decades of experience in QMS development in the aerospace, automotive and communications industries in Canada, US, Europe, Asia and Middle East, including over 700 international supplier audits. Abbas holds a Master of Science in Mechanical Engineering and is a certified lead auditor for ISO 9001, ISO 14001 and AS9100 standards.

Roman Stoiber looks back at 10 years at BMW Group in Munich where he acquired broad experience in systems engineering, functional safety and leading of international project teams in various positions. He left to start a new life and career in Norway to lead the engineering team behind the Li-Ion battery for TATAs’ EV initiative, and 2 years later he founded Grenland Energy together with 3 colleagues, where he was CEO until the acquisition by Corvus Energy in early 2019. Roman is an accredited industrial mechanic and holds a German Dipl.-Ing (FH) degree in applied physics and a Norwegian MBA in business development from BI in Oslo. He is ISTQB certified tester and passionate about working on interdisciplinary technology in multicultural environments.

Sign up for our Updates and get the latest news about Corvus Energy,
or send us a message on the right.