SC Connector is retrofitted with a Corvus Orca Energy battery and the Norsepower Rotor Sail Solution - a modernized version of the Flettner rotor, a spinning cylinder that uses the Magnus effect to harness wind power to thrust a ship. The sails are 35 meters tall and has 5 meters wide cylinders. The vessel´s total airdraft will be 56 meters, 8 meters taller than the Statsraad Lehmkuhl, which was formerly Norway´s tallest sailing ship. With the battery pack one can avoid the use of auxiliary engines, which means that it can be 100% emission-free during sailing and at quay. The large vessel operates in the North Sea, which allows for some of the most favorable wind conditions for Rotor Sails. The routes involve navigating under multiple bridges and powerlines which require the Rotor Sails to have a tilting function. 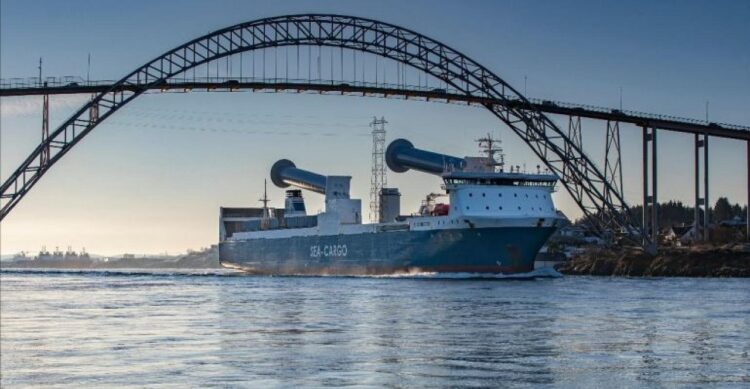