Corvus ESS supplied to vessel and shore charging stations. Skipsrevyen’s “2014 Ship of the Year”. It is the world’s first electric-powered car ferry and generates zero emissions and minimum sound. The ferry was delivered in October 2014 and commercial operations began in May 2015. The advanced vessel operates on a 5.7km crossing in the Sognefjord between the villages of Lavik and Oppedal. It makes approximately 34 trips a day, each trip requiring approximately 20 minutes, excluding the 10min of loading and unloading time for cars and passengers. The project is the result of a competition launched by Norway’s Ministry of Transport and Communications in 2011 to develop an environment-friendly ferry for providing service on the link between the two villages. Norled won the competition, which granted the company the concession rights to operate in the route through to 2025. 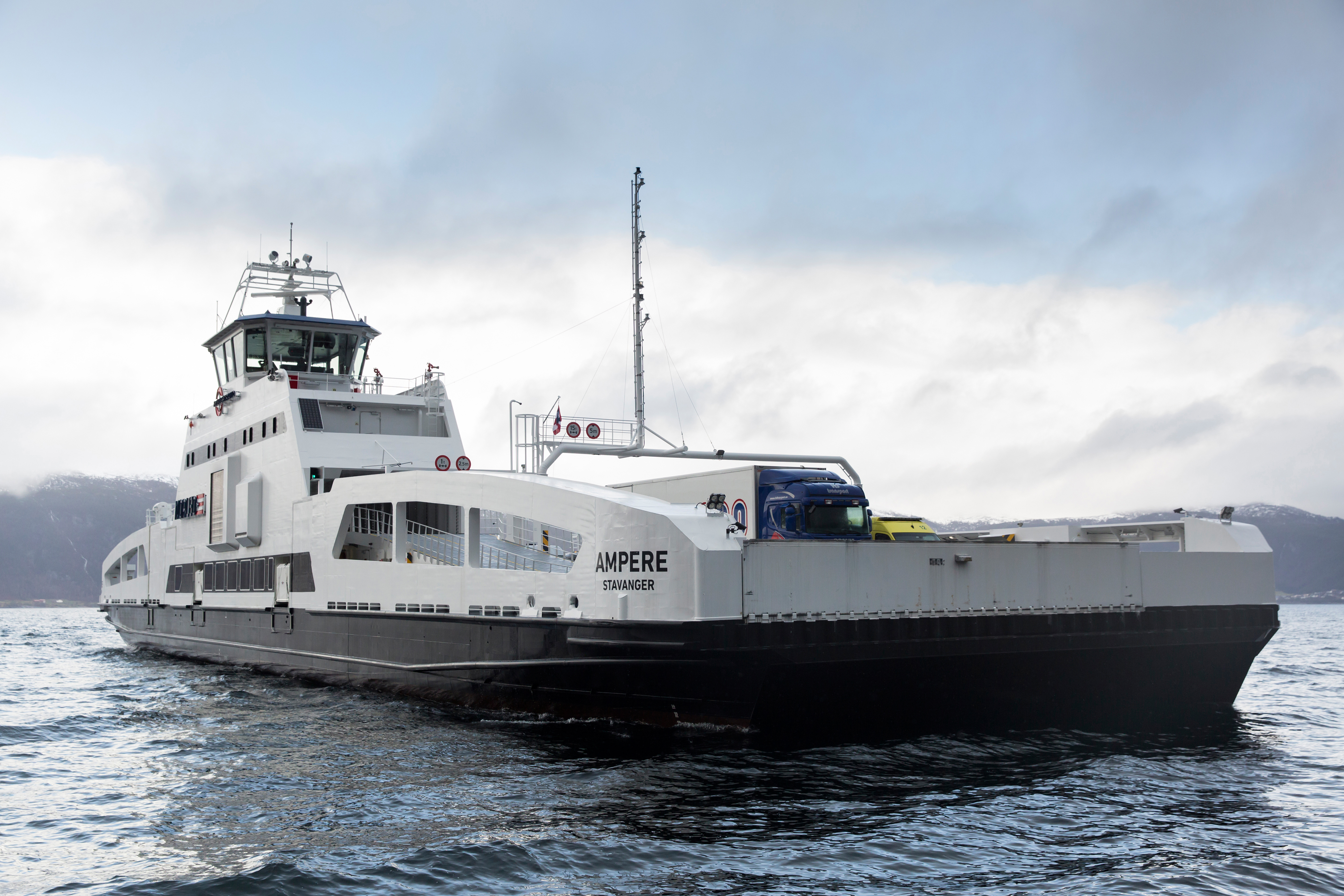